Hibernia Management and Development Company (HMDC) notified the C-NLOPB yesterday, July 17, 2019 of an oil slick observed on the water near the Hibernia platform, located 315 kilometres (kms) from St. John’s, NL. All workers are safe and HMDC has undertaken a controlled shut-in of production operations. To date, no affected marine life or seabirds have been seen by government or industry observers in the vicinity of the spill and its trajectory.

The C-NLOPB has been in continuous contact with HMDC as well as partnering government agencies, including the National Environmental Emergencies Centre of Environment and Climate Change Canada and the Canadian Coast Guard (CCG) in monitoring the operator’s response and the deployment of resources related to oil recovery. The C-NLOPB is the lead regulatory authority as per the Atlantic Accord Implementation Acts. The response to the incident is the responsibility of HMDC.

The initial slick size was estimated by HMDC to be 900m x 20m. Below is a picture of an observed slick taken by a CCG observer on the overflight yesterday afternoon, July 17, 2019. The slick in the image below was estimated to be approximately 4.6 kms at its widest part. Based on visual observations from the overflight of the area conducted yesterday, the preliminary estimate of the amount of oil expressed on the water could be in the order of 12,000 L. Satellite imagery taken as of approximately 9 a.m. NST today, July 18, 2019 shows two slicks:  the first being 1.71 km2 and 3.27 km in length and the second being 6.64 km2 and 3.78 km in length. A second surveillance flight was deployed this afternoon. HMDC and the C-NLOPB are awaiting results from this and other sources of information to verify the estimated size of the release. 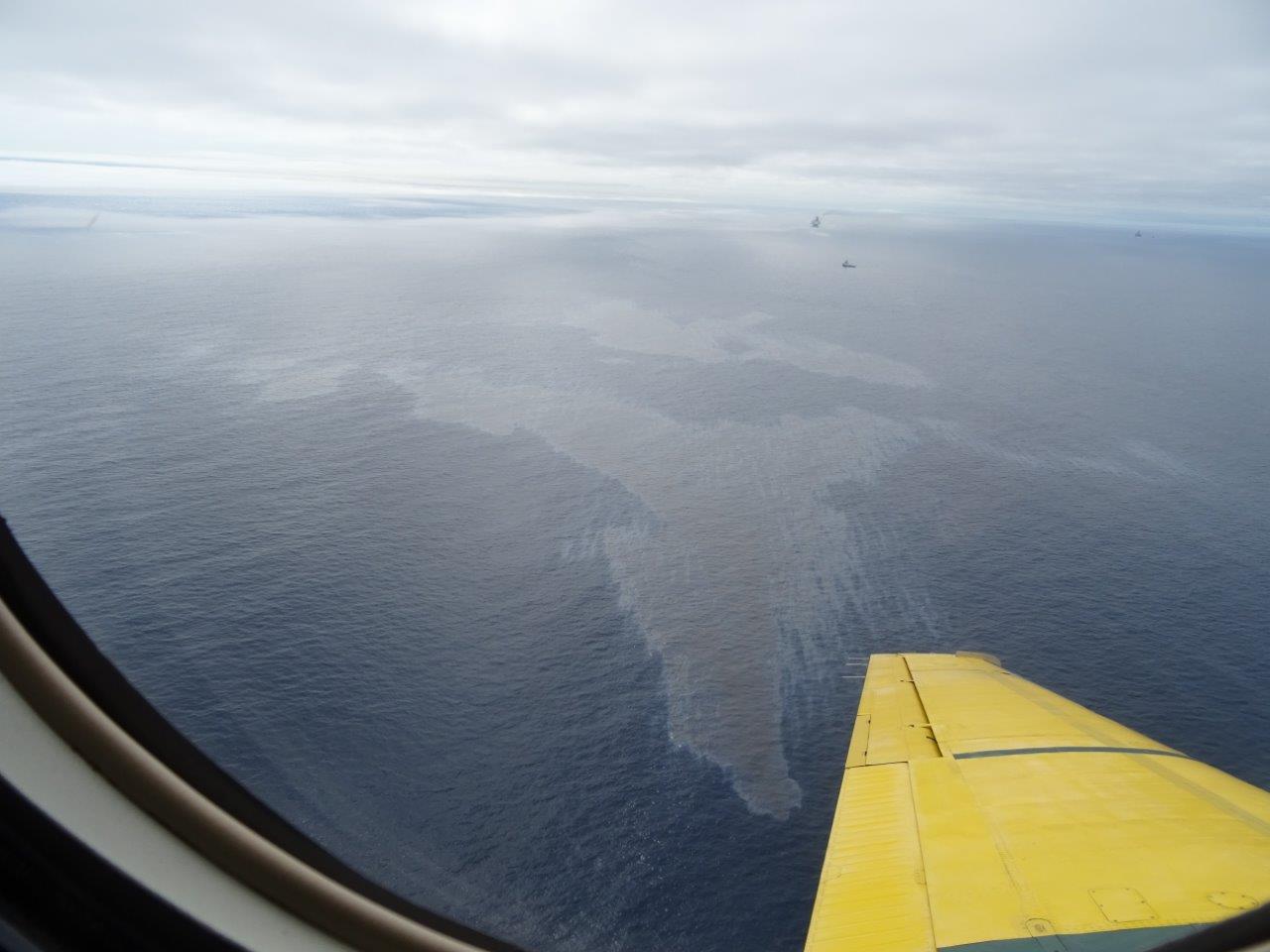 HMDC is investigating the cause of the spill, which along with the confirmed amount, will be communicated publicly. The C-NLOPB will determine its next steps as more information becomes available. The safety of workers and environmental protection continue to be our priorities.